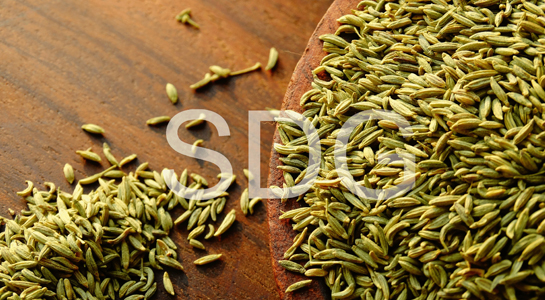 Fennel, which grows well in mild climates, is an oval, green or yellowish brown dried aromatic ripe fruit of an herbaceous plant called Foeniculum Vulgare, a member of Parsley family. Obtained from an aromatic and medicinal plant, the seeds emit a pleasant odor, are highly aromatic and have a pungent flavor. Fennel is widely used Asian, European, Italian and Mediterranean dishes. In India fennel is widely used in meat and seafood dishes and also with pickles and vinegar for a special flavor. Fennel Seeds in raw or in roasted form is widely used in India as a mouth freshener especially after suppers.

The major producing states of fennel deeds in India are Gujarat, Rajasthan and Uttar Pradesh. The harvesting season for fennel is from December to March.