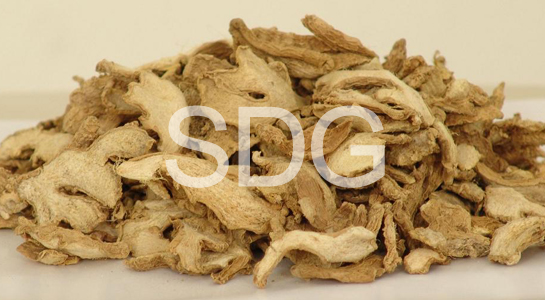 Dried ginger is nothing but fresh ginger which undergoes a drying process before being used. The fresh rhizomes are soaked in water overnight after which the outer peel is carefully removed using a knife or a peeler. They are washed again and then sun dried on mats or barbecues for around a week. During this period, they are turned periodically. The end result is a pale white dried ginger. Many a times, dried ginger is bleached with calcium carbonate to get a whitish covering on ginger. However, this is not required and can be avoided.

The best time for planting ginger in the West Coast of India is during the first fortnight of May with the receipt of pre-monsoon showers. Under irrigated conditions, it can be planted well in advance during the middle of February or early March. Burning the surface soil and early planting with the receipt of summer showers results in higher yield and reduces disease incidence.