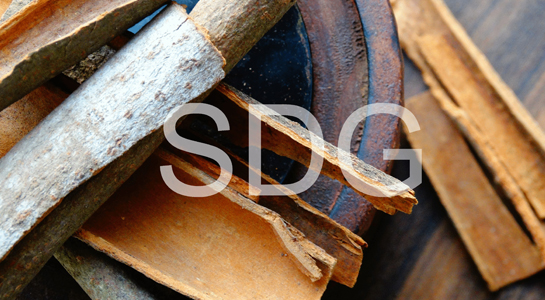 Cinnamon is lighter in color and milder in flavor than the other species. Cinnamon was once more valuable than gold and has been associated with ancient rituals of sacrifice or pleasure. Cinnamon bark is a popular spice with a delicate fragrance and a warm taste. The brown colored bark is easily chewable. It is used in the form of small pieces or powder. It gives a dish a very rich flavor. It is used to flavor a variety of foods, from confections to curries. The stick cinnamon is added whole to rice dishes, mulled wines, punches, and syrups for poaching fruit. The chips are also used in tea infusions or spiced cider blends. Ground cinnamon is used in baked goods like cakes, pastries and biscuits. Cinnamon leaf oil is used in processed. Cinnamon leaf and bark oil are obtained by distilling the leaf and bark separately. The cinnamon bark oil has anti-fungal properties and cinnamon leaf oil is widely used in perfumes and cosmetics. It is also used in flavoring confectionary, liquors and pharmaceuticals. Cinnamon is a stimulant, astringent and carminative, used as an antidote for colds, Diarrhoea, nausea, vomiting and other problems of the digestive system. It is also used by the diabetic patients in digestion of sugar.